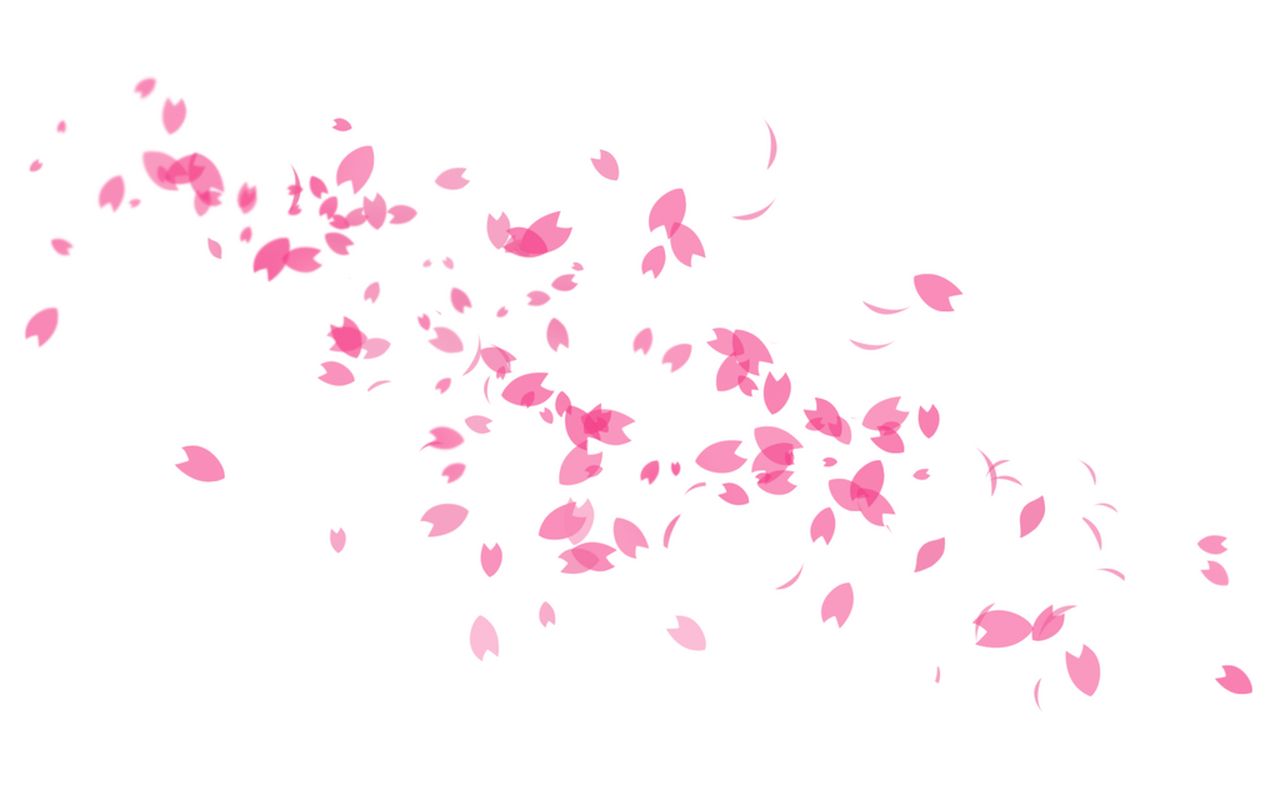 What's on your mind?

Also, which collection would have the Final Judgement chapter?

“Here. Don’t drop it,” said Nataile with a big smile on her face.

“Yui? Yui? You there?”, Natalie asked confused, waving her hand in front of Yui.

“Oh sorry. I got...carried away by its beauty. Heh-Heh.” Yui said nervously while giving the bracelet back to Natalie.

“Yeah it is beautiful,” said Natalie.

“I’m thinking of buying it. It would go good with my summer uniform, don’t you think?” asked Natalie.

“It would. Then again, pretty much everything you buy looks good on you Natalie,” Yui said, smiling at Natalie.

Natalie smiled back at Yui, then looked back at the bracelet in her hand. Then she walked up to the cashier with the bracelet, and Yui followed her.

“I’ll like to buy this bracelet please,” Natalie said happily.

Then Natalie pulled out her digital cash (remember it’s 2040) to show it to the cashier. The cashier grabbed a special scanning tool to scan the phone and bracelet.

“All right, $9 has been taken out of your account, and now the bracelet is yours. Would you like it in a bag?” the cashier asked.

The cashier grabbed a pink bag and put the bracelet in the bag and handed it to Natalie.

“You’re welcome. Thank you for shopping at Sunshine store.” the cashier said.

“I didn;t really get the point of why you started talking about that Vivienne, but….ok?” Yui said, confused.

Viviene sighed and said, “I guess that’s what happens when only Akemi and I are in the fandom”.

“Yeah, but I agree with you about the whole season 2 thing”. Akemi said.

“I thought we were just eating our lunch, and lunch break is about to be over”, Natalie stated.

“O yeah! That reminds me. I'm going to the little shop down the street.” Natalie said happily.

“Yes!” Natalie shouted. “I’ve been waiting to go there for a while now.” “Do any of you guys wanna come with me?”

“I have a piano lesson today with my piano tutor, I’m really sorry.” said Akemi.

“Oh, that stinks. I was hoping someone could come with me”. Nataile said disappointed.

“I’m free today. I don’t have anything planned.” Yui said.

“REALLY?! YOU HAVE NOTHING TO DO?!” Natalie shouted.

“ Yeah. Got nothing planned.” Yui said with a smile.

“YES! THANK YOU YUI! MEET ME AT THE ENTRANCE TO THE SUNSHINE STORE AT 3:00pm today!” Natalie said happily.

“I know I know.” Yui said, trying to catch her breath.

As Natalie and Yui walked into the Sunshine store, they were amazed to see how many things were in there. Books, jewelry, tea cups, phones, hoverboards, backpacks, the store had pretty much everything.

“Sooooo….what did you want to buy?” Yui asked.

“Oh yeah! I remember seeing a bracelet that I wanted that was near the window.” Natalie said.

Yui and Natalie searched all over the store and near the windows, but the bracelet was nowhere to be found.

Everyone who was in the store looked at Natalie. “Eh-heh….I’m sorry.” Natalie said, embarrassed.

“Well that’s because you kept telling the alarm clock to snooze.”

When Yui finally arrived at the entrance of her school, her best friend Akemi was waiting for her.

“Let me guess. You kept telling your alarm clock to snooze.”

“You know you’re old enough to get one of those floating hoverboards.”

“Yeah, but my mom says that they are too dangerous.” said Yui, putting on her shoes.

“Anyway the bell is about to ring.” said Akemi holding out her hand to Yui.

“And you forgot to tie your laces.” said Akemi pointing to Yui’s shoes.

Yui bent down to her shoes and put a button on each shoe which caused her laces to tie automatically. Then her and Akemi pushed a red button while holding hands, which caused them to teleport to the entrance door of their classroom.

“O yeah that reminds me”, whispered Akemi, “How many cards have you gotten so far?”

“I have 8. I just got this one yesterday.” Yui said while pulling out the card from her backpack.

“You could’ve gotten it sooner if you would've taken my advice.” Kero whispered.

“Well, the important thing is that I caught the card.” Yui pouted.

“Yet it’s been almost 6 months and you’ve only gotten 9 cards”, Kero mumbered.

“The teacher is coming,” said Akemi.

“EEEK!” Yui squealed while putting the card back into her backpack.

Akemi and Yui hurried themselves to their seats before the teacher came into the classroom.

“Bonjour Yui and Akemi, You barely made it,” said Natile.

“She was joking!” Camile whisper-shouted.

So I've seen a lot of people saying that Syaoran took Sakura's cards. In which chapter of the manga did the revealing of this happen?

Also, as I've been scrolling through pages of random Cards, I have a question related to the way the Hope article was written.

Is the Hope the 'she' in "However, due to its name, one can assume that its ability is simply to give renewed hope and love to its wielder and to those she holds dear."

Is it true that Syaoran took Sakura's Cards?

Apparently he used the bear which she gave to him to get the Sakura Cards because her power was increasing significantly. Since I've only watched the anime, I'm not sure what exactly happened.

I had to wait EIGHT months for this book, but it's worth it👍

I wanted to say great grandpa but no more character space.

Then a small star shaped key appeared right in front of Yui.

Slowly, Yui’s hand reached for the key. When she grabbed it, the key turned into a staff.

Yui let out a shocked gasp.

Yui started at the staff for a minute then at kero then yelled, “CARDCAPTOR?!”

“DM...Get my clothes,”Yui said, rubbing her eyes. Suddenly a small robot shaped like a dresser came out of Yui’s closet. It used it’s small arms to reach inside it’s head and handed Yui her clothes.

Thanks, DM.” said Yui while putting on her clothes.

“Kero-san, are you coming?” Yui said, holding her backpack.

“Don't worry. I didn’t forget. I put some sweets in there so you have something to eat.” Yui said.

“Quiet down Kero-san. Someone might hear you.” Yui said, scolding Kero.

THen Yui grabbed a small remote-like object from her backpack with a button in the middle of it. She pushed it, and she teleported to the kitchen with her backpack.

Suddenly, all of the clear cards started to fly out of the book, which caused Yui to drop the book. “OH MY GOSH!” she screamed.

Luckily, the attic had soundproof walls, windows, and floors, so Yui’s mom didn’t hear a thing. As Yui kept screaming, A yellow teddy bear rat-looking thing with wings came out of the book. Yui stopped screaming and looked at the book with her eyes wide open.

When the creature came out of the book fully, he said with a loud voice “HEYYD HOWDY HOE!”. Yui just looked at the creature with her eyes widely open.

The creature said this as he slowly turned around to see Yui “Well, guess what kid? Since you opened the book that onc-”.

He paused when he saw Yui’s face. “S-Sakura?” He said stunned. “Is it...y-you?” He said. Yui just stared at him for a minute then said “N-no. I’m Y-Yui Hikari'' Yui muttered. “Oh, sorry”, He said, slightly disappointed. “I must’ve thought that ya were someone else. Sorry'', he said.

“N-no. It’s-s okay.” Yui said nervously. “But what are you… exactly, and what in the world just happened?” Yui said more bravely.

“Well, I was about to explain. You know the book you grabbed over that says “Sakura” on the front cover?”

“Y-yeah. The one where cards started to fly out of nowhere and GOT MY FACE?!” Yui yelled.

“Calm down! And yes, THAT book”Kero said.

“Okkkk. So what about the book?” YUi asked nervously.

Kero flew with his wings to pick up the book to give it to Yui and said,“Well, since you opened and released all the Clear Cards from this book, now you gotta capture them”.

Yui stared at the book for a minute then said “What?”

Kero let out a heavy sigh then said, “Look kid, only people with magic can open this book. Since you opened it, that means you have magic.”

“I HAVE MAGIC?” YUi asked with great joy in her voice.

“THAT’S NOT THE POINT! Since you released the Clear cards, you have to use a staff to capture the clear cards or else a disaster will come to this world!” Kero yelled.

“What wh- HECK NO NOTHING LIKE THAT!” Kero yelled.

“Oh phew, but what kind of disaster then?” Yui asked.

“Uhhhh it could be nothing, but if something does happen, it’ll really be nothing serious.” Kero said.

“Oh, phew.” Yui said, relieved. “But then, you said I needed a staff to capture these “magic” cards, right?”

“CLEAR cards.” Kero corrected. “And yes, you need a staff.”

“Uhhh yeah I guess. Anyway you need your staff. Now stand up.”

Uhhh ok.” Yui said hesitantly while getting up to stand.

“All right.” Kero said, then closed his eyes.

THe book started to glow and a small key appeared and rose from the book.

“A new owner awaits to be your master. It’s a girl. Her name is Yui. BLESS HER WITH THE ABILITY TO USE YOU!” Kero yelled.

I need to know if Touya and Yukito were at work or not for my fanfic.

If they were at work, where do you think they'd be working at? Thanks.

“What’s that?”, Yui thought. “A full moon….A huge tower...That’s the Eiffel Tower! But what...am I doing here?”Then Yui saw someone standing on the Eiffel tower and said “Who is that….Do I k-know you…?”. BEEP! BEEP BEEP! BEEP! “Ugh……Dumb alarm..”, Yui moaned. A tiny paw turned off the alarm and a small yellow creature said “Come on sleepyhead. WaKe uP!”

“We don’t want the new mistress of the Clear Cards to be late for school, do we?” Kero said.

“I told you, I don’t want to be the new master…” Yui said while slowly getting out of bed.

“Hey mom, Do we have math books from the attic? I need one for my homework.” Yui said.

As Yui grabbed a box and put it to the side, that’s when she saw the glowing book. She grabbed it and said “This is the thing that was glowing? This book? Wait, it says something. S-Sakura?”. Yui looked at the book slightly confused. With her curiosity growing by the minute, she opened the book.

Uhhhh quick question, I wrote a CCS fanfic back earlier this year and was wondering if you guys would like to see a chapter of it. It takes place in the future after clear card with a different girl as the master named Yui and it's her job to capture the clear cards. With my love for France, I decided to make everything happen in France instead of Japan. Please let me know if you guys wanna see it. 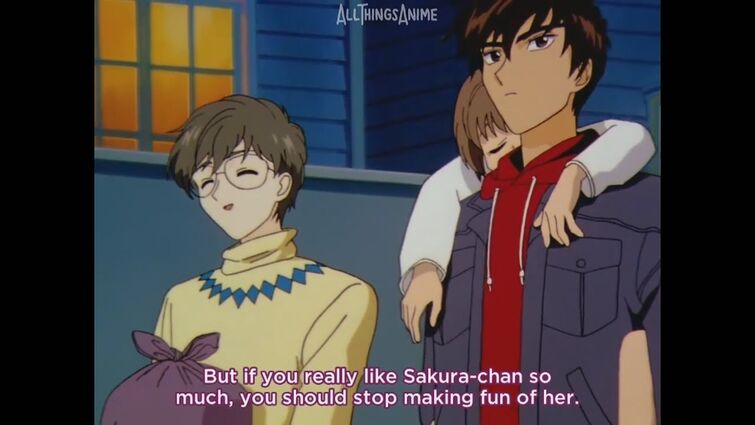 It stands for "Definitely not interested in Sakura's clear cards so don't ask".

I´m still clueless on a few things and I think someone mentioned on Clear card still going but I'm not quite sure.

Katio I hate you so much man leave my girl sakura alone or i will find you and kill you Yuna D. Katio....IM COMING FOR YOU