Chapter 7 is the seventh chapter of the manga Clear Card Arc, forming part of Volume 2.

Having been pulled into a dream with the cloaked figure at the end of the previous chapter, Sakura stands facing the figure, wondering who they are and what they want. The cloaked figure once again tries to take the dream key from Sakura, but Sakura firmly clasps her hands around the key and is dragged over to the figure. When they come face to face, Sakura realises they are the same height.

She wakes in her room where Kero is hovering anxiously, worried about Sakura. Meanwhile, outside Sakura's window, the cloaked figure from Sakura's dream is standing on top of telephone pole, watching her through her window.

At breakfast the next morning, Touya shows concern for Sakura who appears troubled. He tells her not to worry anyone, and proceeds to give her her breakfast.

Akiho Shinomoto, a new transfer student is introduced to Sakura's class. Sakura hopes they can get along, and Akiho joins the group for lunch. Akiho mentions that besides being to Hong Kong, she's also visited Germany, England and Italy as well. Because of this, she worries if her Japanese is correct or not, and Sakura tells her it's fine while Chiharu says that she can be less formal since they're all in the same year.

Yamazaki proceeds to tell another of his lies, which Chiharu notes are becoming a bit sloppy, but as usual Sakura and Syaoran fall for it as well as Akiho.

Akiho mentions she has to go to the faculty office but doesn't know where it is. Sakura offers to take her, and on their way Sakura mentions that their names are similar.

Meanwhile, during a phone-call with Eriol, Syaoran tells him that there's a new transfer student. Eriol asks if it is a girl, and Syaoran confirms it is and that he couldn't sense any magical power from her. Eriol states that that was in his divination as well. Syaoran wants to tell Sakura, but Eriol tells him that even though it is painful, he needs to wait for a little longer while reassuring him that he would be in contact if anything else were to happen.

In Sakura's class, they continue to study flowers through a loupe. Sakura opens her textbook which she had leant to Naoko previously to find a little sketch of her and Syaoran holding hands and accidentally interrupts the class. She glances outside and notices the trees are moving, and shouts with surprise, once again interrupting the class. 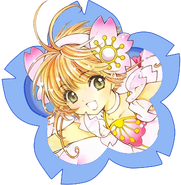 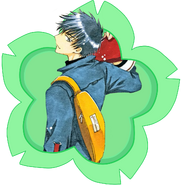 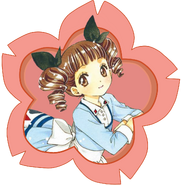 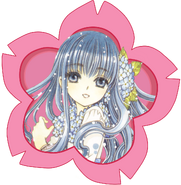 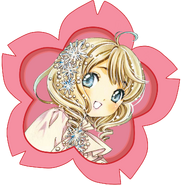 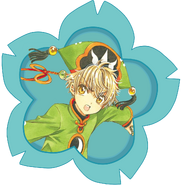 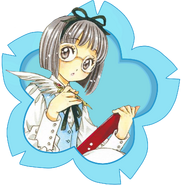 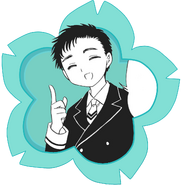 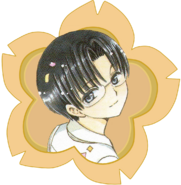 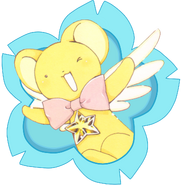