Start a Wiki
Chapter 9 is the ninth chapter of the manga Clear Card Arc, forming part of Volume 3.

Sakura heads out to buy groceries for dinner for that night, and as she roller blades down the path she reminisces about the flower viewing party she went to with her friends, including Akiho and Syaoran. She tells Kero that Akiho sang with Tomoyo, and she wishes she could have recorded it. Kero mentions she has a cell phone, but Sakura didn't remember until after the performance.

While they're out, Sakura bumps into Akiho who is a bit unsure where to shop for groceries. As Sakura is out doing the same thing, she offers to show her around. Sakura mentions the lunch Akiho had at the flower viewing party, and asks if she made it herself. Akiho tells Sakura that it was someone else who made it for her, and that they had been looking after her since she was little and are an important person to her. Sakura then notices the plush bunny Akiho is carrying with her, and Akiho mentions that they have always been together. Sakura says she has a plush that is always with her as well, and after a discussion they agree to being their companions with them to school. Sakura asks the bunny's name, and Akiho tells her it's Momo.

Upon returning home, Sakura is greeted by her father who had come home from work to grab a few documents. Seeing the ingredients Sakura had bought home, he guesses that she's making potato gratin and tamagoyaki. Sakura says the eggs are for the lunch she wants to make for Syaoran, as she wants to get better at it. Fujitaka asks Sakura if she had stopped somewhere on the way home from shopping, and Sakura tells him about Akiho.

They receive a text from Touya asking if Yukito could come for dinner as well, and Sakura says she's fine With that. During dinner, Sakura asks Yukito if he's having any issues with eating, referring to when he didn't have enough magical power and was constantly hungry. She seems worried that with the new occurrences, the same thing might happen, but he reassures her he's fine while Touya makes a subtle joke about him having to eat for two.

While at the table, Sakura falls into a dream again and meets the cloaked figure who is standing a top of a gear. Sakura asks if they want to tell her something, or if they want the key, and the figure shows her a clock. 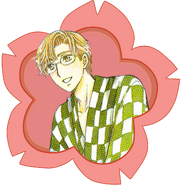 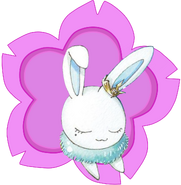 Retrieved from "https://ccsakura.fandom.com/wiki/Clear_Card_Arc_Chapter_9?oldid=49708"
Community content is available under CC-BY-SA unless otherwise noted.