Start a Wiki
Sakura and the Clear Cards (さくらと透明なカード, Sakura to Tōmei na Kādo) is the premiere of Cardcaptor Sakura: Clear Card Arc.

It's April, the cherry trees are in full bloom, and Sakura has entered Tomoeda Middle School. She's reunited with Syaoran, who has returned from Hong Kong, and her new student life has begun.

In her room, Sakura gets ready for her first day of Junior High School. Kero tells her that she looks good and he's sure the day will go well. When she sees her father downstairs he remarks that it feels like not too long ago she was wearing the elementary school uniform and that she looks nice. Touya notes that even monsters can look cute, frustrating Sakura.

As Sakura walks to school, she admires the cherry blossoms that are in full bloom and wishes that Syaoran could see them as well. At school, Sakura and Tomoyo are excited to sit next to each other just as they had in elementary school. They're also excited that Chiharu is in their class, but mention that Naoko and Yamazaki are in the class next door and that Rika has gone to another school - though they can still correspond through email.

Throughout the day, Sakura struggles in English and math, but does very well in gym class. Walking home with Tomoyo, Sakura is determined to do well, and when they part ways Tomoyo says she's rooting for her. On her own, Sakura passes through the cherry blossoms once more. She's surprised by Syaoran, who tells her that he has moved to Tomoeda permanently, and they embrace only to notice that Tomoyo had been filming them.

At home Sakura speaks with Eriol on the phone and tells him about Syaoran's surprise and he asks for a picture of them all since he enjoys them. Sakura says she also enjoys his photos along with those from Ms. Mizuki. Eriol then says that Sakura will probably have a nice dream now that Syaoran is back, but also notes that she doesn't seem to dream as much anymore which Sakura attributes to being busy. Eriol tells her to say hello to Kero for him and they hang up.

Before Sakura goes to bed, Touya gives her a present from Yukito. As Sakura puts the present and her key into a small box, she thinks on how she hasn't used it lately, but that it's probably a good thing. While asleep, she has a dream where she's surrounded by transparent cards, floating before a cloaked, mysterious figure. She wakes up suddenly and rushes to check her cards only to see that they've all become transparent as well.

The next morning, Sakura goes to see Yue about the issue and he confirms that while the cards have lost their magical power, Sakura has not lost hers at all. Kero and Sakura agree that during this time Yue should remain as Yukito so that he will not notice something is wrong, but Yue argues that although Yukito doesn't have any of Yue's memories, he's very perceptive and may worry anyway. Sakura says that if that happens, she wants to be the one to tell him - besides, she now has Syaoran to consult with.

At school, Sakura, Tomoyo, and Syaoran discuss the situation. Syaoran seems to be at a loss and says that the figure in her dream is probably connected. Kero says he's sent an email to Eriol to keep him up to date. Tomoyo gets excited at the thought that Cardcaptor Sakura may make a comeback. When Sakura rushes off to class, Syaoran asks Tomoyo if she brought up the costumes on purpose so that Sakura would stop worrying and she says she just believes in Sakura.

That night the mysterious figure appears again in Sakura's dream. They send shards of the broken clear cards towards her and they coalesce into a bright, shiny new key. The dream shifts so she is floating high above Tomoeda with a dragon-like figure in the sky. Kero wakes her up, worried she was having a nightmare, and they see she is holding her new key.

As she's walking to school the next morning, she and Kero are attacked by powerful winds. Kero yells for her to use her cards, but remembers they've all turned transparent. Right before the wind attacks her again, her new key protects her, spurring her on to transforming it into her new staff. With her staff, she says a new incantation and seals winds into an air based card with a transparent design. Gale. 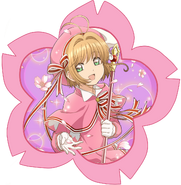 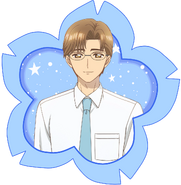 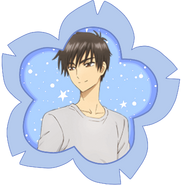 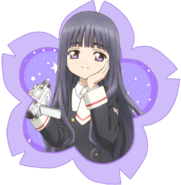 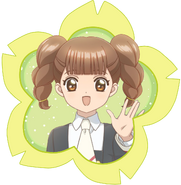 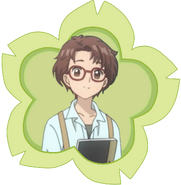 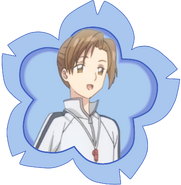 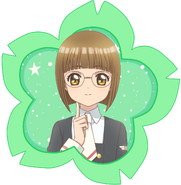 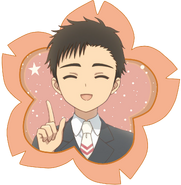 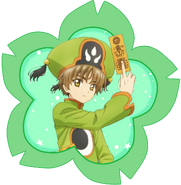 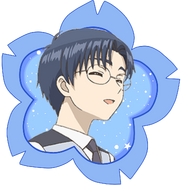 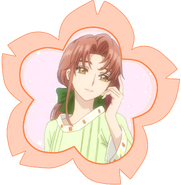 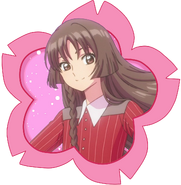 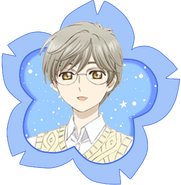 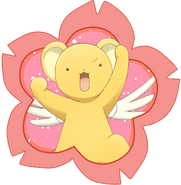 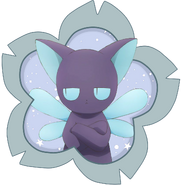 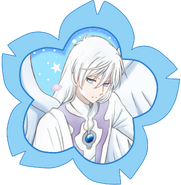 Retrieved from "https://ccsakura.fandom.com/wiki/Sakura_and_the_Clear_Cards?oldid=55424"
Community content is available under CC-BY-SA unless otherwise noted.